Three small leaves grown on a stem, and the main root and rootlets are formed.

Five small leaves are grown on each of the two stems. 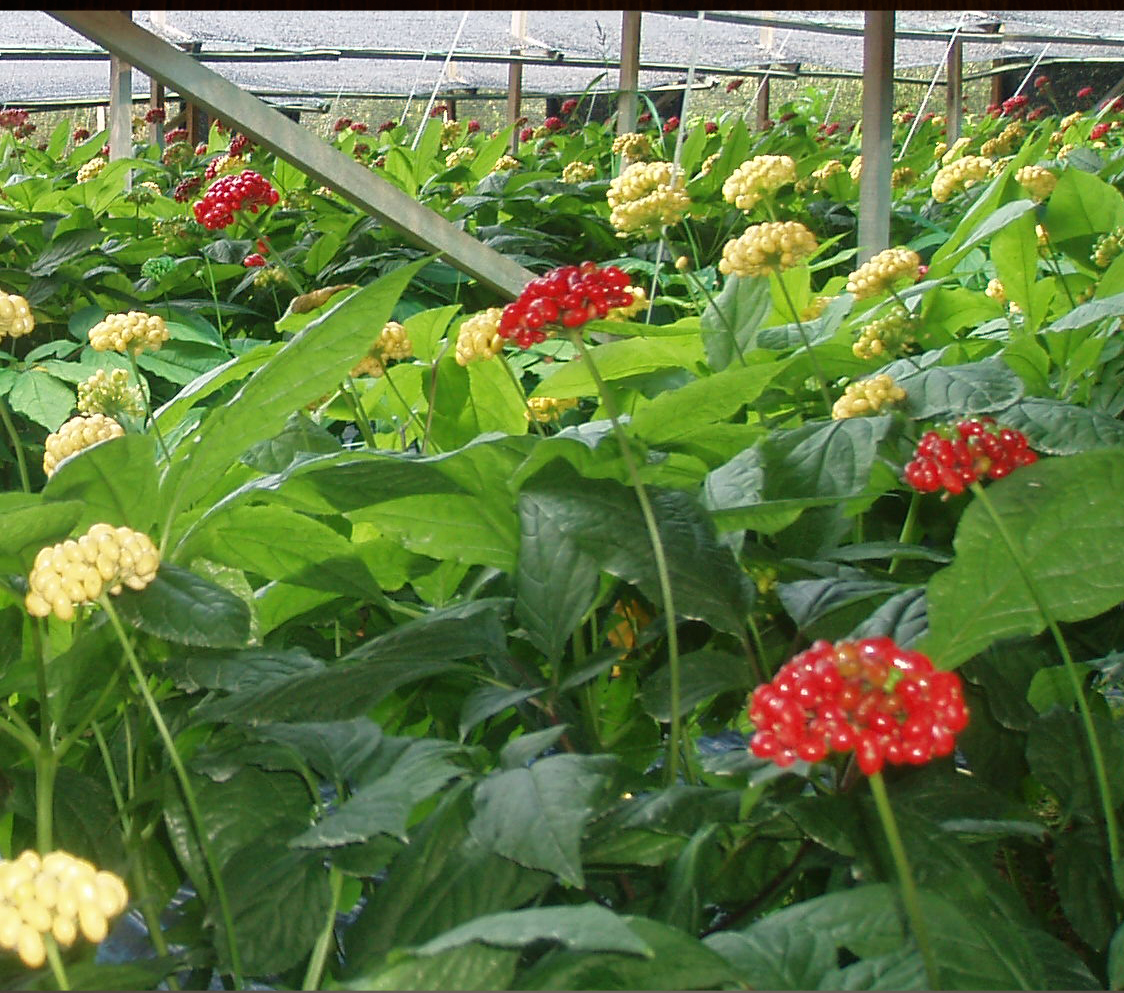 Also known as "daughter of Korean ginseng", the bright red fruit will only ripe for a week during mid-july of the fourth year of growth. The benefit of ginseng berry is not widely known as harvesting and preserving of the berry is difficult. Recent researches state that ginseng berry contains health beneficial effect.